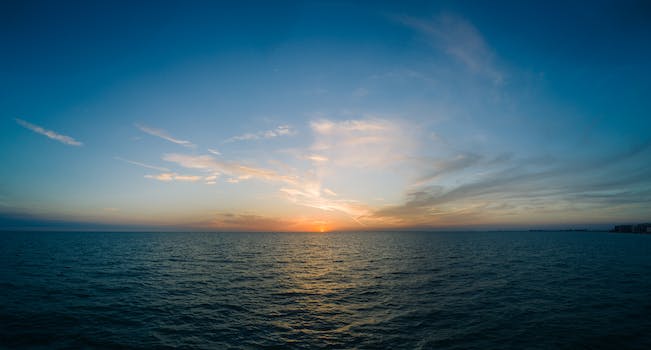 The rapid pollution of the oceans is unprecedented in the recent history of the earth. The ocean chemistry is changing 100 times more rapidly than it did any time in the past 650,000 years. Algae and jelly fish are spreading. Coral reefs and fish are dying. Go to the beach and you’re apt to find it smelling from rotten fish and told it is not fit for swimming. Ocean pollution is rivaling global warming in its potential effect on the survival of the planet as we currently know it.

Can the sea be cleansed of its massive pollution? Pollution that includes sewage, house cleaning agents, agricultural products as fertilizer, Centurian Wildlife, pesticides, carbon dioxide and animal waste are poisoning us. Oil spills and heavy metals, such as mercury, cadmium and lead that come from fossil fuel burning are endangering the health of fish and humans. Compounds as polychlorinated biphenyls (PCBs) and dioxin are major pollutants. The way to cleanse the oceans is now a major question in the minds of scientists.

Acidification, another significant change in the oceans and seas is accelerating so fast that it threatens the survival of all coral reefs and reefs. In a recent report from a panel of marine scientists at a symposium in Monaco that happened in October, 2008 a dire prediction indicated that the increasing acidity will aggressively impact marine ecosystems and directly influence the food supply of over half the world’s inhabitants.

This important symposium “The Ocean in a High CO2 World” issued a statement based on unassailable scientific findings and signed by 155 scientists in 26 nations.

H.S.H. Prince Albert II, an extremely concerned citizen of the world and renowned environmentalist, attended the symposium and strongly supported the declaration that calls for world leaders to immediately focus on the potentially devastating problems of ocean pollution.

The dangers to our general health, immune systems, brain functioning with deterioration of mental ability and one’s IQ, and the increasing likelihood of having certain types of cancer are becoming better understood and known.

The job is obvious. There has to be an increase in developing methods to combat all forms of pollution, of which ocean pollution is one of the most important. Reduction of fossil fuel burning is essential to reduce global warming and ocean pollution that threaten our lives and future. Urgency to tackle these immense problems is readily apparent.

If you’re deeply concerned for the future of our planet, read “Rescue,” a book, that focuses on the increasing dangers to earth as global warming and worldwide pollution sweep the world. It provides solutions to the immense crisis that confronts us.